Virada Digital is a innovation festival focused on interactivity and sustainability that brings the latest technologies and prototypes in Brazilian cities. Debates and lectures promote entrepreneurship and creativity and strengthen the development of new goods and services. Apart from that, the festival supports the concept of social responsibility by approaching issues such as interests of workers, the promotion of local communities, and by creating links with public authorities and within society as a whole. Part of the event scheduled for 2012, took place in Paraty, a Portuguese colony dating back to the 15th century. The Historic Center District, where the festival took place, has maintained many of its historic buildings, with their original architecture unchanged for 250 years.

Atelier Marko Brajovic was commissioned to design and supervise the manufacturing process of a temporary pavilion. The resulting object was thought to become a prototype which could be reused, improved and later produced in series. Therefore working with components, scalability and the assembling process were took into consideration.

The 254m² inflatable pavilion hosted around 300 people, some of them students between 16 and 18 years old, brought from the nearby schools. The lectures introduced them to new phenomenons emerging within information technology and computing. Three wings were designed to host three different types of activities, for six days: An auditorium for lectures, a showroom of technology and a space for workshops.

The inflatable structure was designed parametrically but the construction process was manual, with manual cutting and sewing machines. The three wings were assembled in a warehouse located within the outskirts of Sao Paulo and later transported and inflated on site. Each wing required around 500 different pieces to be sewed together. The structure was able to hold part of the lighting and ventilation equipment required.

This approach was suitable considering the short time event. Assembling and disassembling took no more than 3 days each. Part of the pavilion was disassembled and transformed into other, smaller products or recycled. 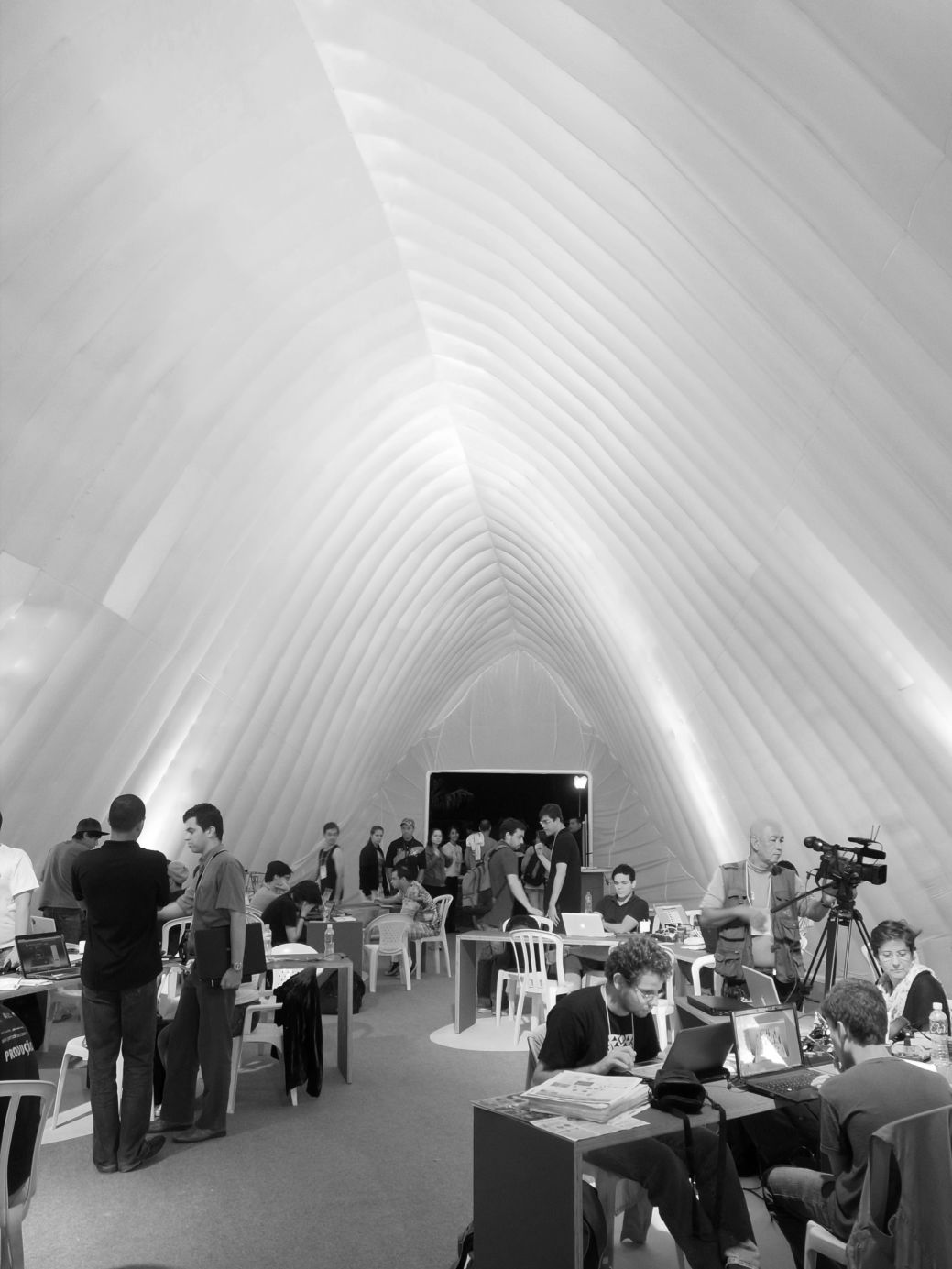 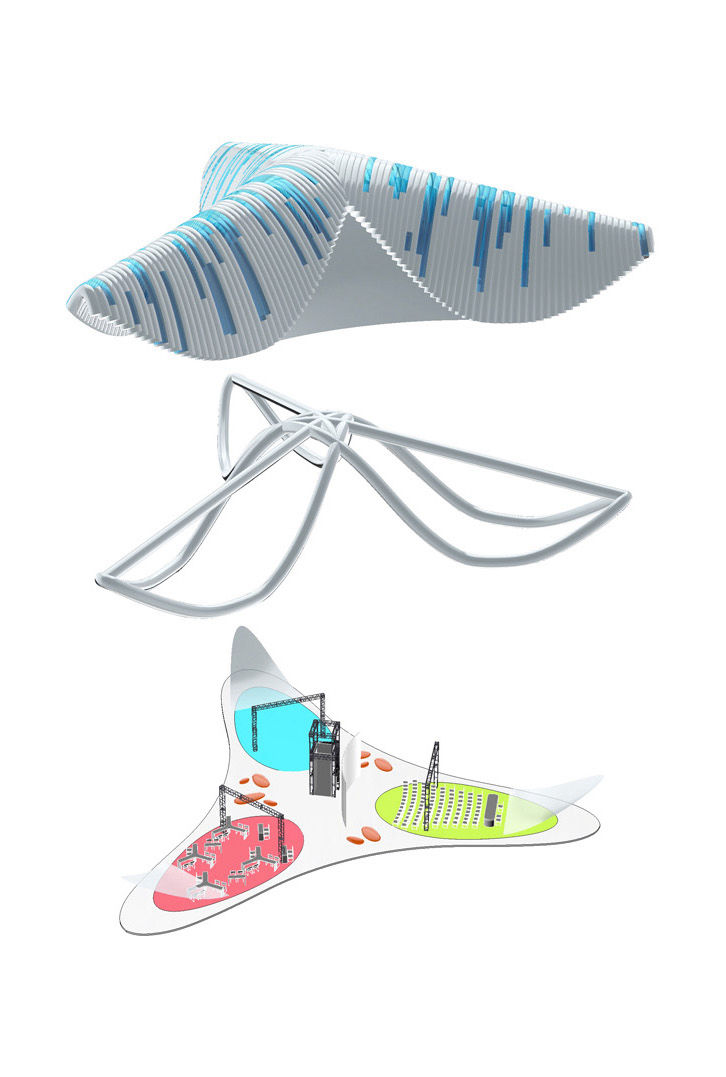